We officially landed on Antarctica. This makes it my 7th continent.

We specifically took the Zodiac to the site of Base Brown (an Argentine research station named after Admiral Guillermo Brown, the father of the Argentine Navy) on Paradise Harbor.

The station’s doctor burned the living quarters down in 1984 when he found out he had to spend another period of time there since they didn’t have anyone to replace him. The people left at the shore had to live in tents until the US research trawler rescued them. We hiked up a sort of peak, and an amazing view was before us. Some people from the Chinese group decided to take off their shirts and take pictures with lots of banners. This went on for some time. Another lady from that group tried to stop me from going to the top, but I just went ahead of Kathleen and Kim instead. A few of us took pictures with the “I’ve been on every continent” sign.

Was a blast and we sledded downhill. 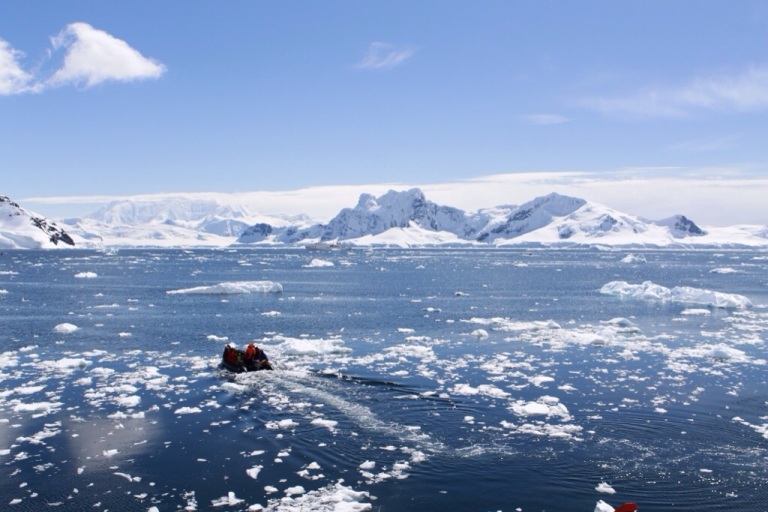 We had a BBQ lunch outside and then Ash led the way in terms of getting together a group for a “shorts and T-shirt photo.” There were about 7 of us on the deck and we did a few pyramids as well. 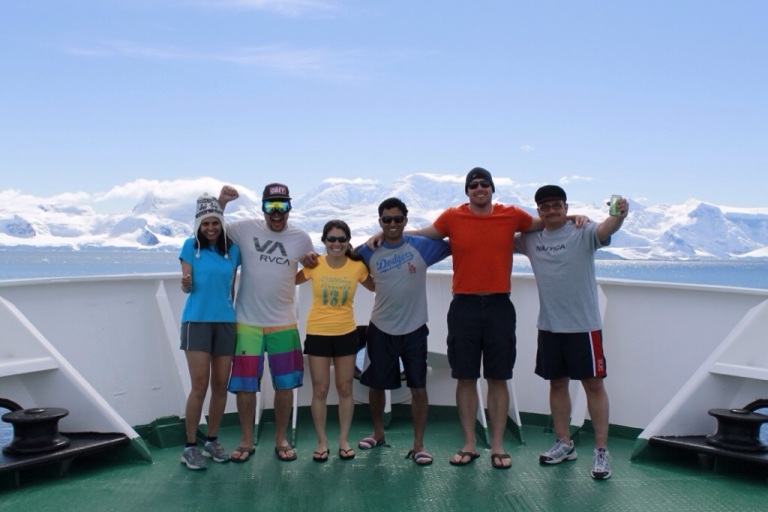 Then was yoga. It was nice to have yoga outside with the freshest air in the world, but it was quite windy!

We went for a zodiac cruise prior to dinner and saw a few humpback whales. What a site. It was amazing. This whole trip has been amazing so far.