I thought I was going to break my neck going down. But hey, I’m here, one time to try. Will tell that story later on. 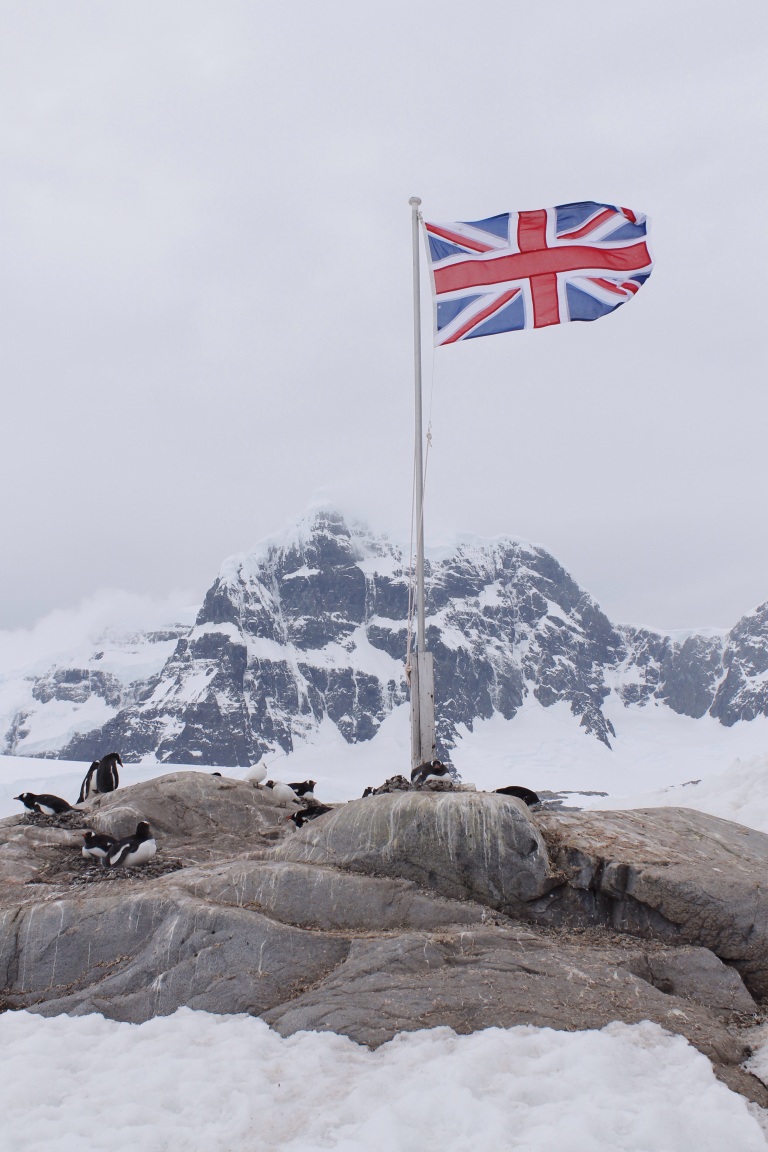 Today was our first day on land. We put on all our gear and headed to the mud room with our boots at 9:30 am. My red jacket and pants are overly large on me…I feel like I did in high school when I was given an extra large field hockey jersey. However this time I have XS and it still looks huge…thankfully the pants have suspenders.

We took the zodiac to Port Lockroy where we saw Gentoo penguins and visited a museum. 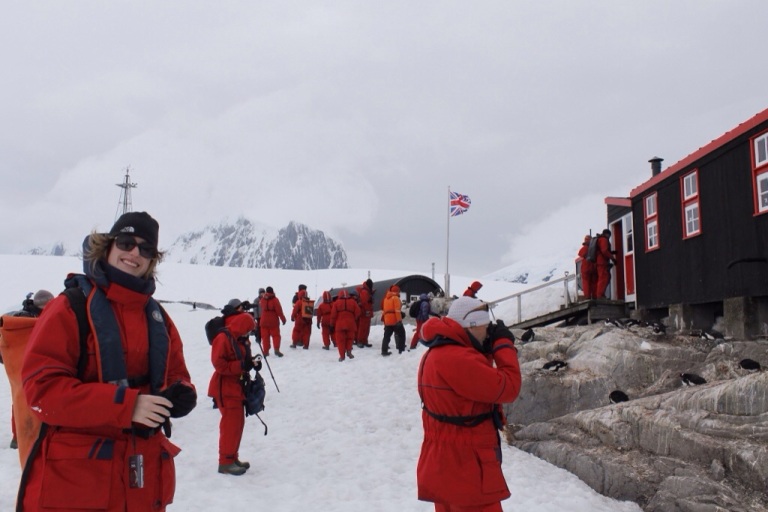 The penguins are small and super cute! One of them kept waddling and then would fall every so often; he looked like he was drunk! The smell was, well, let’s just say it smelled like penguin crap. There were a couple of eggs too that were broken, another bird must have attacked those two. 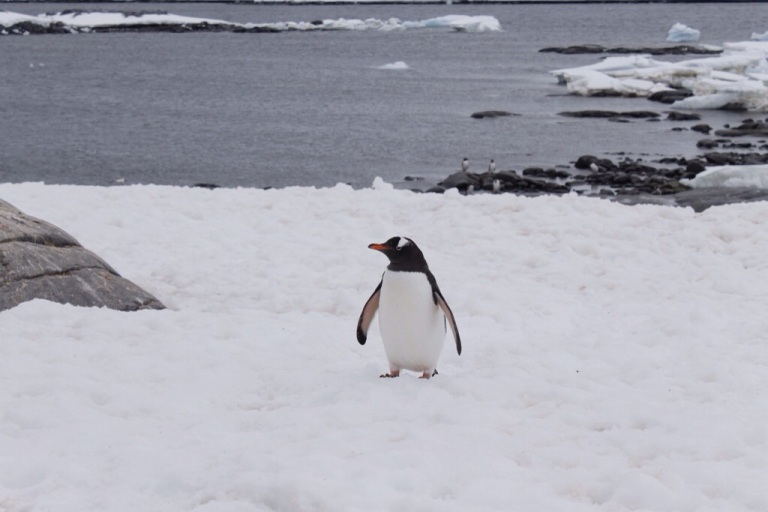 What are Gentoo penguins? They’re black and white, growing between 75cm and 90cm. They have an orange bill and orange feet, and a white patch above and behind its eye – looks like white eyeshadow to tell you the truth. Right now they’re laying their eggs. The penguins are protecting their eggs from other birds. You’ll also see that one penguin will go collect rocks and make a pile for themself, while another will steal from that penguin. 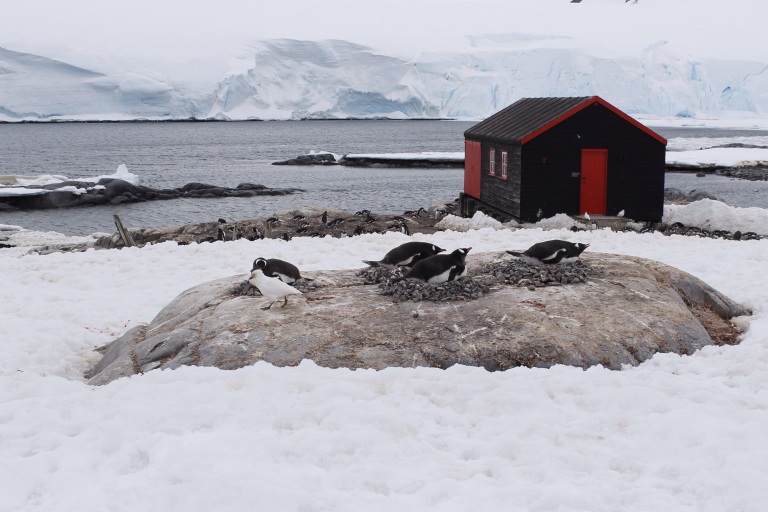 Adrien de Gerlache (Belgium explorer) first discovered Port Lockroy in 1899 however it wasn’t named until 1904 when Jean-Baptist Charcot came to it. Edouard Lockroy was the VP of France’s Chamber of Deputies and helped fund Charcot’s expedition, and it was named after him. Port Lockroy was a harbor for whalers; 11 factory ships would anchor here where they processed the whales.

Rumor has it that an Argentine navy ship called Primero de Mayo claimed the harbor and left a cylinder behind that detailed this. But in 1943-1944 (note, during WWII), Britain wanted to claim Antarctica and an operation called “Operation Tabarin” was led by the British navy to create Base A. However, one of the staff members on our ship (John Dudeney) believes otherwise and said it was never a military operation, but this was just a cover story created for propaganda. According to John in his research paper on “From Scotia to Operation Tabarin: developing British policy for Antarctica,”: “their physical occupancy of the Antarctic islands and Peninsula was essentially a political statement, whereby the Admiralty and Colonial Office strove to protect British territorial rights, whilst the Foreign Office endeavor end to minimize disruption to Britain’s long-standing economic and cultural ties with Argentina, and most critically, the shipment of war-time meat supplies. Tabarin also provided the basis from which Britain’s subsequent post-war leadership in Antarctic affairs developed.”

“Base A” is now a museum so we got to see the lounge, kitchen, photography area, and beds of the station – what it looked like in the 1940s and 1950s, as well as the tourist shop where you can mail post cards. They send about 70,000 items each year. 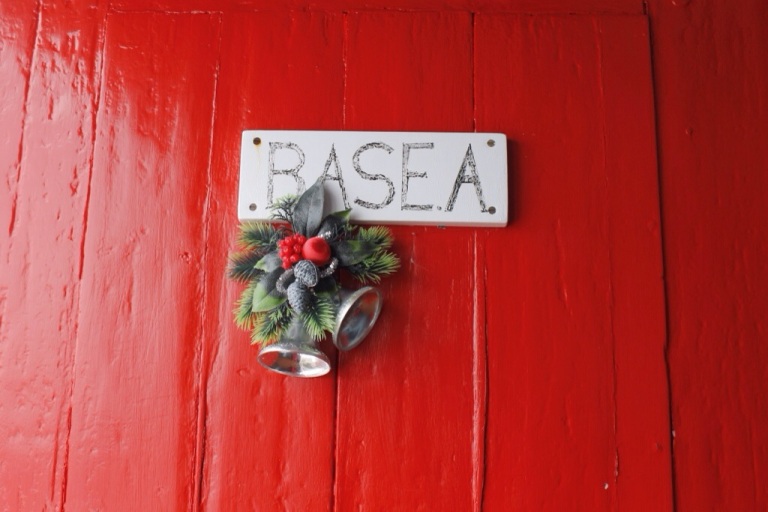 We went back to the ship for lunch – chili was served and it was the perfect meal to come back to. My fingers were super cold and I decided to wear hand warmers for the afternoon excursion.

This afternoon we went to Dorian Bay which was absolutely gorgeous. We were surrounded by mountains all around, the water right below, and two yacht / sailboats on the opposite side from where we were. I could have sworn we were in a whole different world, it felt so unreal, and was so beautiful, so untouched, so pure. I know the pictures won’t even be able to capture everything. The sun shone perfectly on the water and at the right spot on the mountains. The penguins walked and hopped along the snow. Some would trip over themselves, then pick up and keep going. 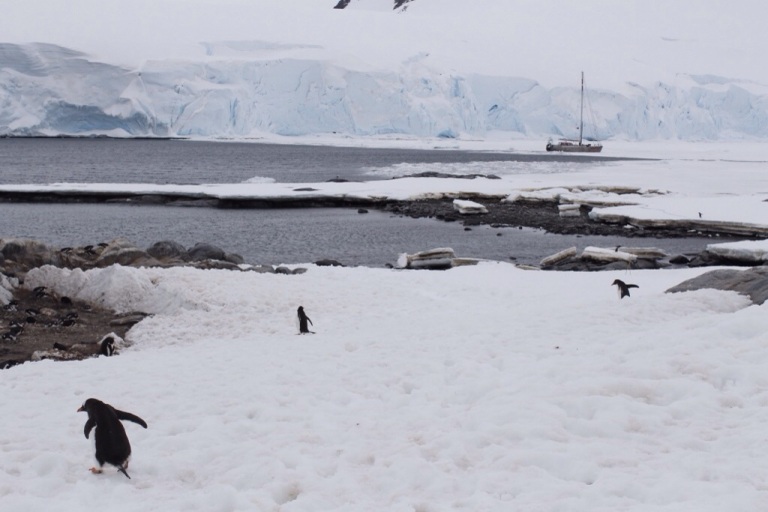 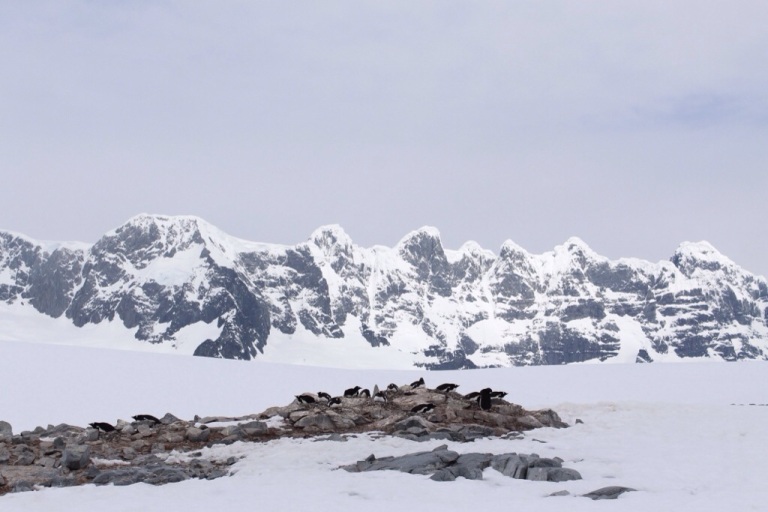 We hiked to the hut, took a look inside, and then went up another hill. From there, we decided to go sledding. The Olympics were on. Who would get gold for body sledding? I have to admit, I was hesitant at first and decided not to go. But after some time, I got on my back, knees up, and the back of my head facing downhill. Ash pushed me forward and I slid downhill (not by much but it was still fun). Cheers for each other were heard! We realized you have to have the perfect combination of the right weight and the right jacket that would allow you to slide down the slope. While that was taking place we saw skiers coming down on the slope next to us. Wow. 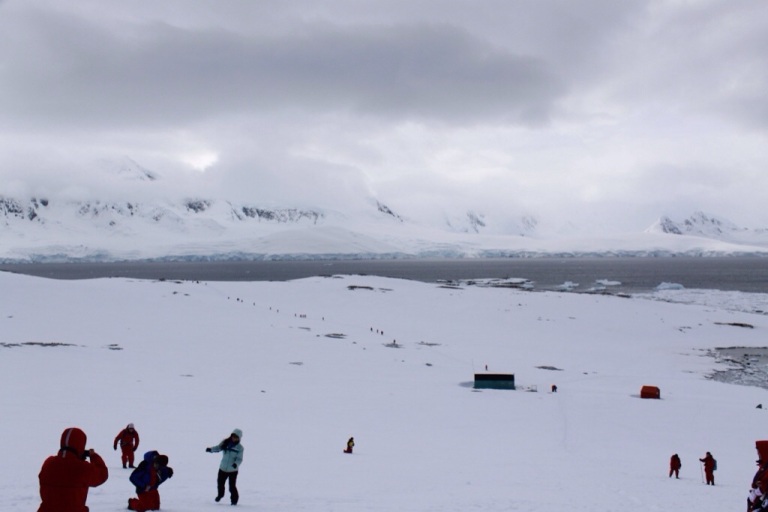 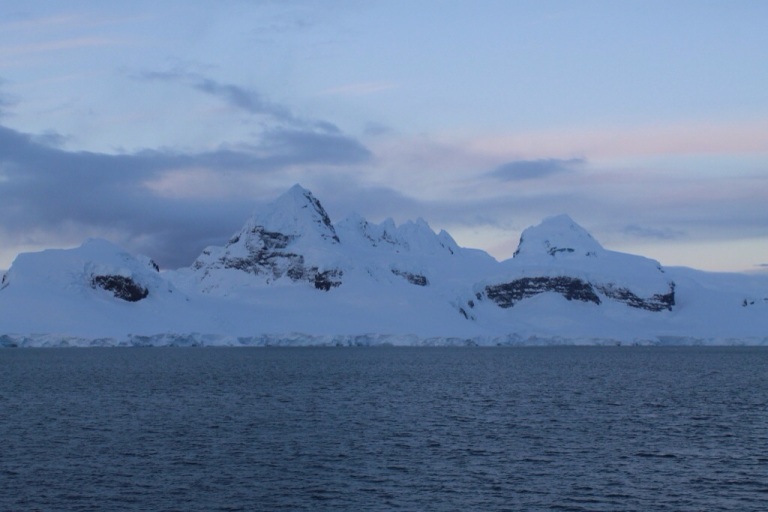