“How long you in Prague for?” the guy asked me at the customs desk.
“Three days.” I answered
“And then where to?” he asked as he flipped thru my passport.
“Budapest for 3 days.”
“You know your passport expires in 2 months?”
“I’m only here for a week,” I responded as he kept turning the pages.
“And it’s full. Next time you need new passport.”
“Yep, I know.”

I do need a new passport and there’s pretty much no place for them to place a stamp. Ireland takes up a whole page (though there’s even 2 stamps over the Irish one) and same with a penguin stamp from Antarctica. Along with stamps from Bulgaria, Latvia, Australia, Argentina and Brunei just to name a few. Ohhhh…to travel. “Where you heading to next Rogers?” I get asked now and then in the office.

Prague is a fairytale. Kirsten told me its an old city and so far she’s right. Yeah, there are tourist shops here and there but you’re always walking on cobblestone, surrounded by old architecture and colorful yet fading (though beautiful) buildings.

“Bring warm clothes Nicole! It’s gonna be cold!” my friends from California told me. My response, “I know…I grew up in New England.”

They were right. Thank God my mom told me to order an XS Eddie Bauer jacket which I’ve relied on. It keeps me warm and the fur hat is always on my head…like always.

Robin and Indy told me to take loads of pictures. Of course, guys! You just can’t help yourself it’s so beautiful everywhere.

The first night, I walked over to the Old Town Hall – established in 1338 –  and went up the tower to see views of Prague. 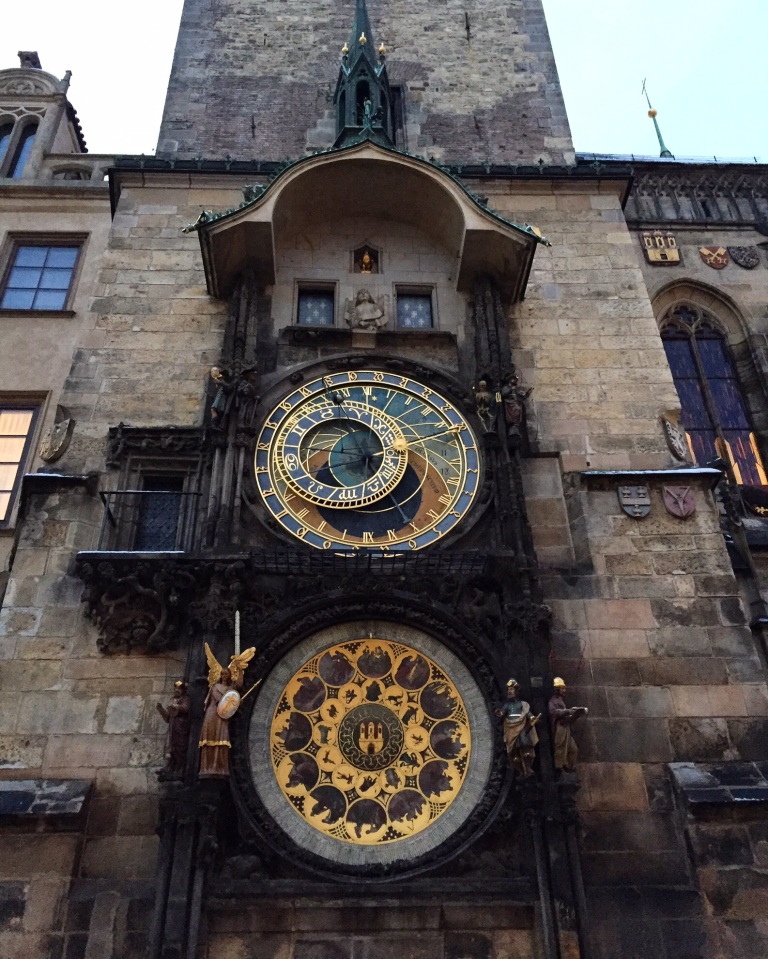 It’s not worth using the tram. While convenient, I definitely prefer to walk. So I took out the map and headed over to Charles Bridge. So glad it’s not a prime time for tourists here – I was surrounded by locals mostly. The views well…you can see for yourself. 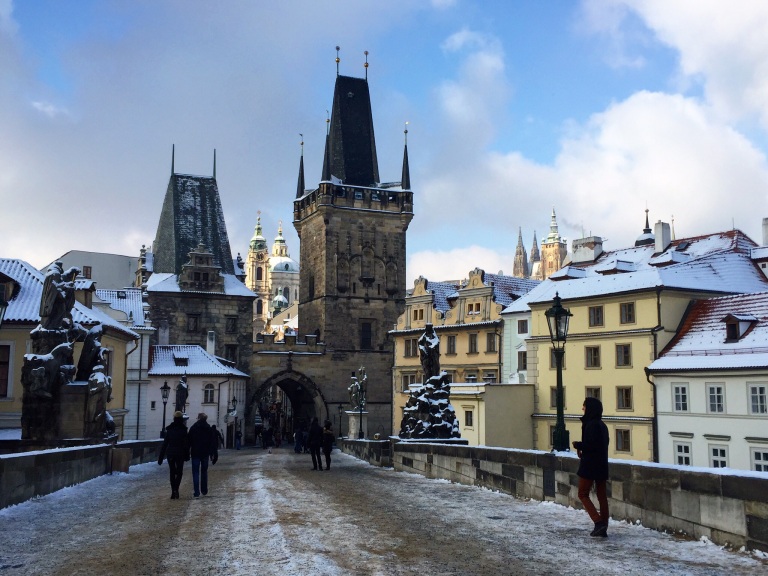 “Cold weather is great for warm drinks & a sweet trdelník!” Barbara texted me.

I saw a place on the side of the street – mulled wine! My friends all know I don’t drink wine or beer (I’m a cocktail gal!) – and yes, I’ve tried wine PLENTY of times – have you met my parents?! My mom is like a connoisseur (in my book). But bring out that mulled wine on a frigid day and it warms you up! And it’s soooo good. This place was perfect.

I then continued on to the Castle.

Prague Castle is a must see. Founded in the 9th century, it became the seat of Czech rulers and later presidents.

St. Vitus Cathedral is massive – talk about Gothic architecture. It’s the largest and most important church in Prague. 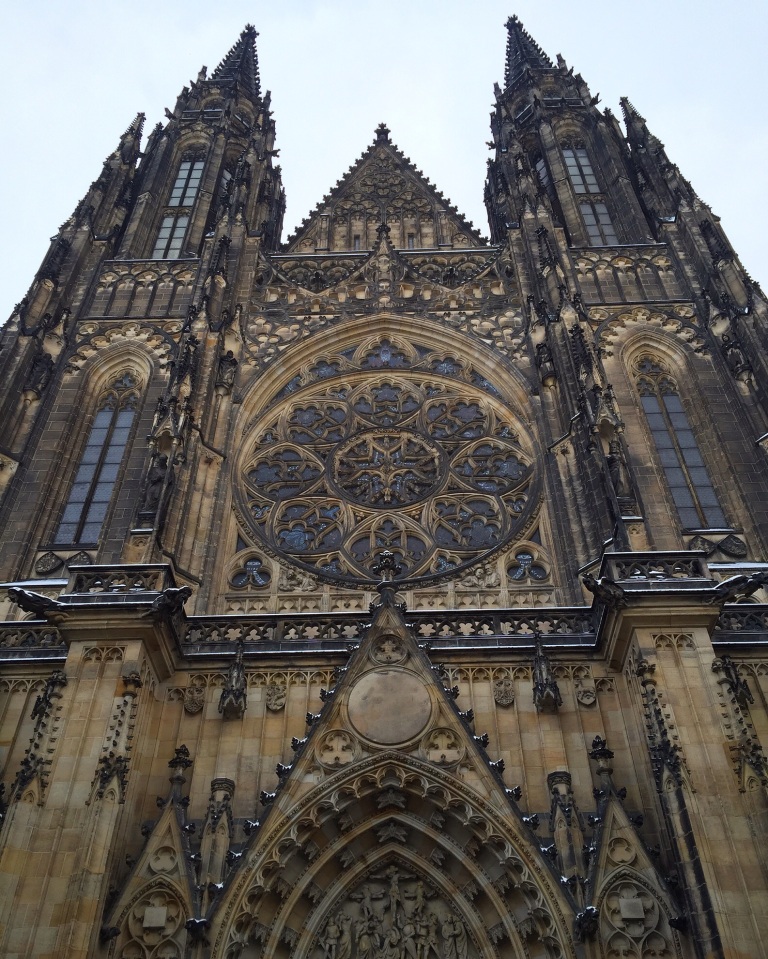 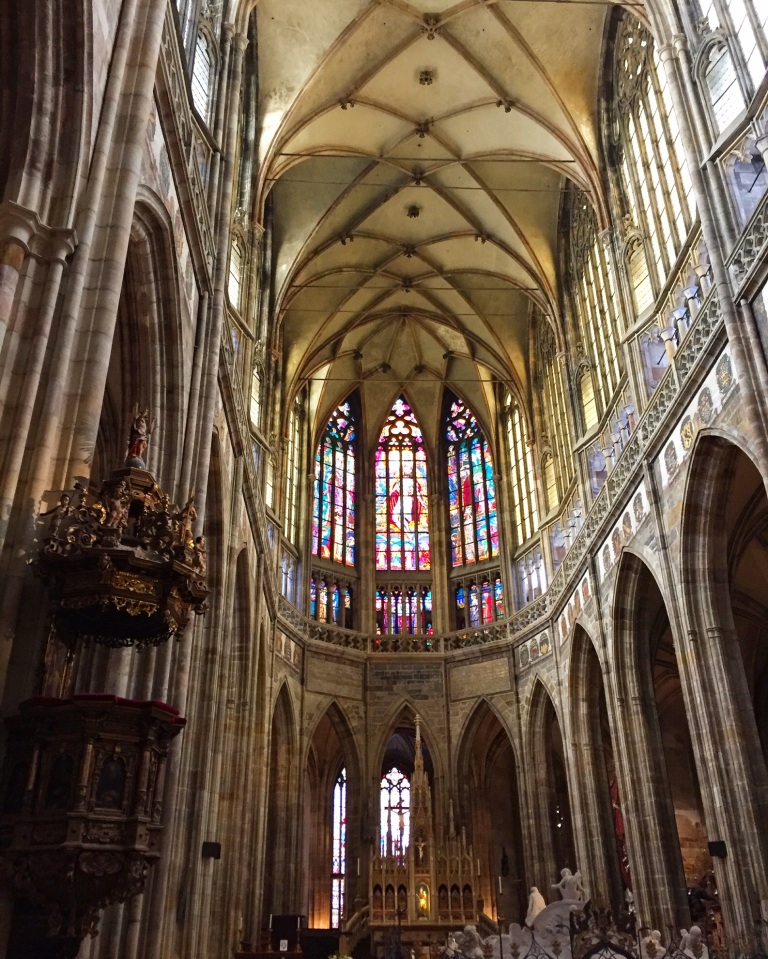 There’s the Old Royal Palace, and it has the Vladislav Hall used for inaugurations.

And the Basilica of St. George which was founded by a prince Vratislav at the beginning of the 10th century. It was also the first convent of Benedictine nuns in Bohemia.

Golden Lane has 11 historic houses, each showcasing the life of the artisans. It’s name came from the goldsmiths and alchemists who once lived there. I met a French couple along the miniature houses.  “C’est froid, n’est pas?” I asked. “Aw oui!” they said. I ran into them again where we saw a bunch of armour and then some torture device. “Aw c’est horrible!”

I went back to see the Palace again. I went inside where they were selling tickets. “Wait where does this lead?” I asked a guy who worked there. “You’re going to the Towers,” he responded.

I walked up with two girls in front of me. They panted. “You go ahead,” they said in an accent. I went ahead and stairs after stairs after stairs. Oh man, if I knew there were this many I’m not sure I would have come up. And believe me, I do stairs. But these were never ending! Up, up. “Am I almost there yet?” I asked a couple who were coming down. “Um, yes?” Well that was satisfying…not. And I kept going up more stairs. Finally! I arrived to the top. And it was gorgeous!

After looking out at Prague for sometime before I got cold, I headed back in. Halfway down, thump, thump. Someone was coming up.

“Oh hi!” I said to the same guy from when I came in. “How was it?” He asked me in his Czech accent. He was cool – looked like a climber sort of guy I’d be friends with back home.
“The views were great, a bit chilly, but totally worth it!”
“Aw and it was even a bit foggy today. Where are you from?”
“San Francisco. But originally Boston.”
“Aw!” There was a pause but I could tell he wanted to keep talking. “You know the jet streams made a mistake. Last year it was sunny and it was supposed to be cold but all Boston got the cold and snow instead.” He talked a little more about this.
“Hey. I’m in Europe for a week. Would you recommend going to Bratislava or not?”
“No. I would go if you were heading for nature but not right now. You’ll see plenty in Prague and Budapest.” He told me this as I had said I was heading to Budapest next. “I would recommend Poland.”
“Oh cool! Okay thanks.”
“You’re welcome!”
We said our goodbyes and he told me to have a good trip. 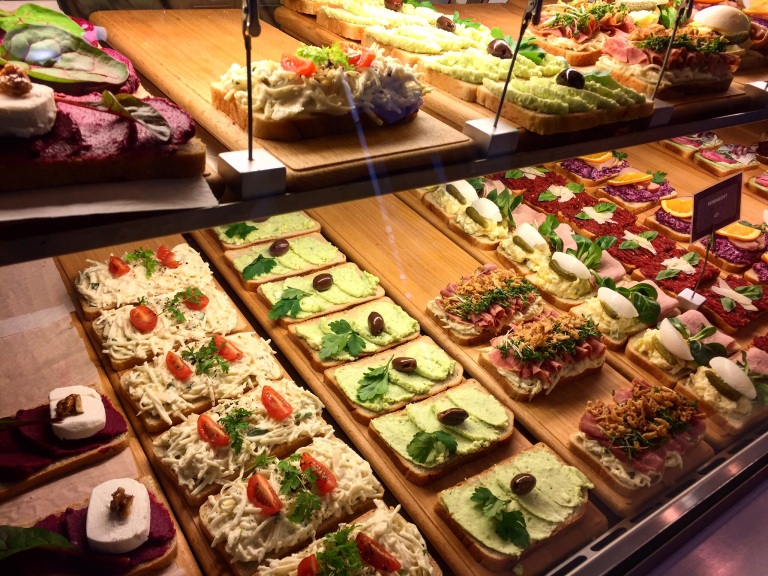 Today’s been a super chill day so far. I woke up at 11 am. 9+ hours of sleep the past 2 nights never felt so good.

I journeyed over to the Municipal House and right by it saw the theater selling tickets to Swan Lake. I’ve been seeing those signs everywhere – Swan Lake playing. Both Joy and Lynn told me that I should go to a concert if I can fit it in. Ballet + music sounds even better. “How much?” I asked the lady at the ticket counter. She handed me a seat outline with prices. And 40 euro later and a pretty good seat, I purchased a ticket for tonight.

Scott sent me a NY Times link to 36 hours in Prague. On it I saw a recommendation to eat at Sisters – a small sandwich cafe. #nomnom and here I am.

But while walking over I saw a snowboard shop. Dude, it’s like Burton has gone Czech. Their boards, clothing, bags and gear were soooo cool. I’ve been looking for wrist guards and these fit perfectly. Great getting these before my Vail trip next week with my friends. 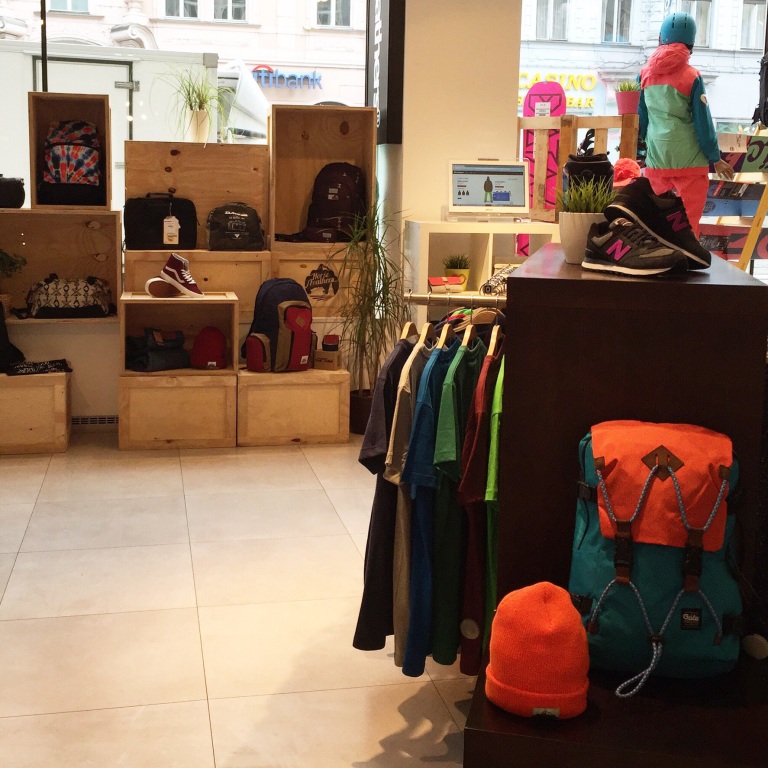 I visited the Old-New Synagogue which is the oldest landmark of the Jewish town in Prague and one of the oldest surviving synagogues in Europe.

I walked to the Rudolfinum and it became so cold. I was in need for some mulled wine. My fingers were frozen and after walking for half hour came across Národni banka vín, gingerbread café. It was like stepping into the children’s book, Hansel and Gretel.

“To go?” she asked. “Actually here please.” I needed to warm up, so right now I’m drinking (okay let’s be honest, chugging) a mug of mulled wine while eating my gingerbread cookie. I’m even using th small candles to warm up my fingers. But it’s time to go. I took some pictures as I walked along the river to see the outside of the National Theater before heading home. 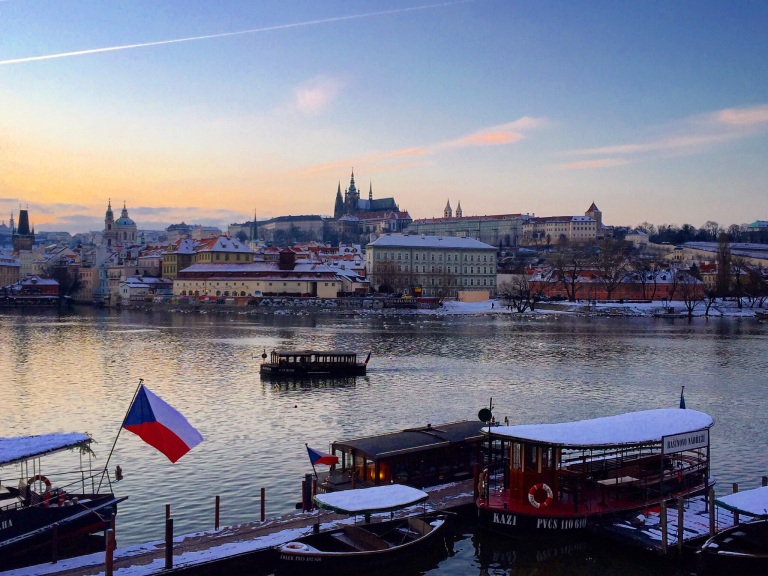 Swan Lake was cool – I don’t remember the last time I went to see ballet. It was at the Hybernia Theater. Though I almost fell asleep. I think I’m more of a musical theater person. Still glad I went.