I’m definitely more of a mountain girl, than a beach girl.  But when July 4th plans change with your friend, and an invite is given from your folks to join them on a vaca trip to Amalfi Coast, I’m gonna take it. 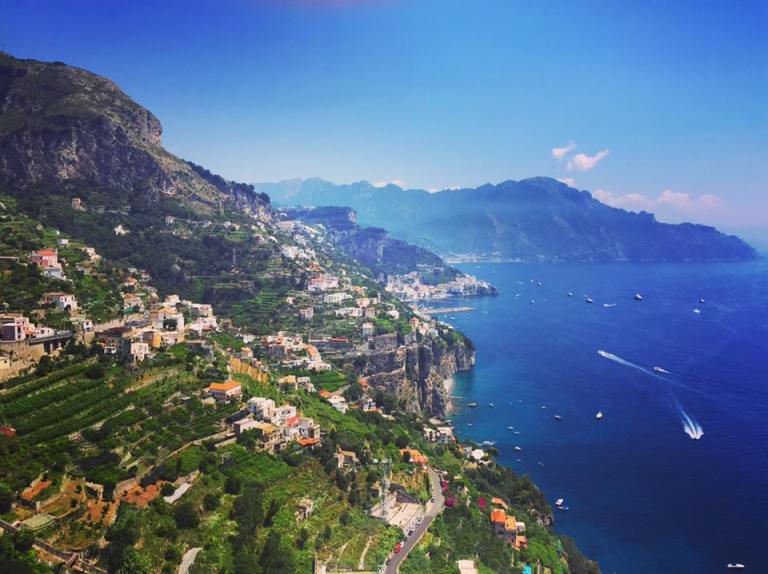 “Okay, count me in,” I told them.  My layover was in Paris for 8 hours (of which there was really only 4 to explore the city since it took an hour to get into the city from Charles de Gaulle and I had to check back in to the airport).  Those 4 hours I walked, and walked and walked.  Visited Sacre-Coeur and then went up the 300 stairs to see the view from the top.  Then off to Le Mur des Je T’Aime which is a wall of “I love you” written in 250 languages.  Pretty darn cute spot if you journey there while there’s not a bunch of tourists.  And then the museum, Palais de Tokyo, which frankly, was sorta weird.  Though I’ve always found modern art pretty odd.  When I was about 3 on my dad’s shoulders at a modern art gallery, apparently I looked at a painting and said out loud, “I can do that!!” to which everyone around me started chuckling, because, well they knew I could throw spots of paint on a canvas if given to me.  [Don’t get me wrong, I do have an appreciation of art…I almost minored in art history.]  But that being said, it was still a pretty cool museum.  I then took the public transportation back to the airport after seeing the Eiffel Tower. 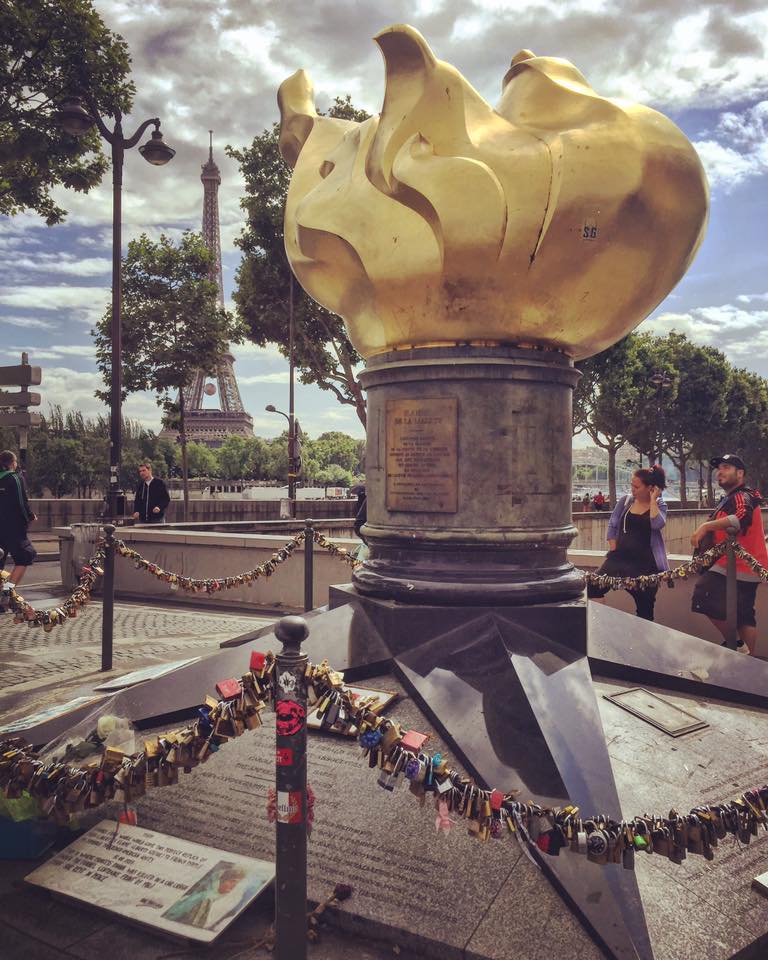 11:30 pm that same day.  I watched as every single piece of luggage arrived in Naples airport from my flight.  Except, you guessed it, mine.  Shucks dude.  I only had my Bose headset (lifesaver for travel), iPad, 2 books, my phone, toothbrush and paste, and a North Face fleece packed in my backpack (I wanted to travel minimalistic with my carryon since I’d be walking in Paris the whole day).  My luggage is in Paris, they told me at the counter.  I then got a ride to the hotel and arrived 2 hours later.  My folks met me outside.  I mean seriously, they’re awesome like that.

Amalfi was beautiful. Picturesque and chill.  I had to buy handmade sandals when I was there – it was the only thing I wanted to purchase.  So they measured my feet and nailed straps to the sandal, took out the nails, renailed, and repeated that whole process in order to get the sizing right.  We visited Positano which is made up of an artist’s palette of bright colors. It was definitely busy and touristy, but gorgeous nonetheless.  And we ate at Da Adolfo – super delicious and fresh food.  I ate sooo much seafood on this trip!  The boat ride there was totally worth it too.  We also visited Ravello and the town of Amalfi and went on a lemon tour – these lemons are ginormous!!! 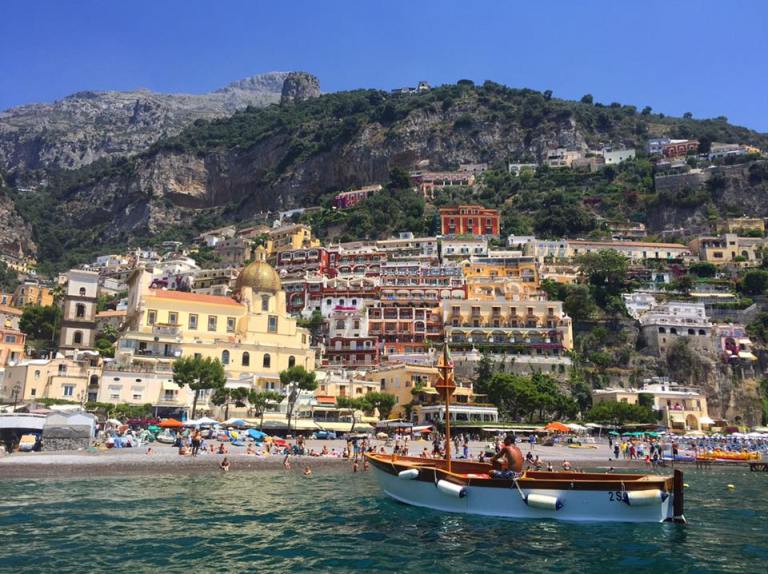 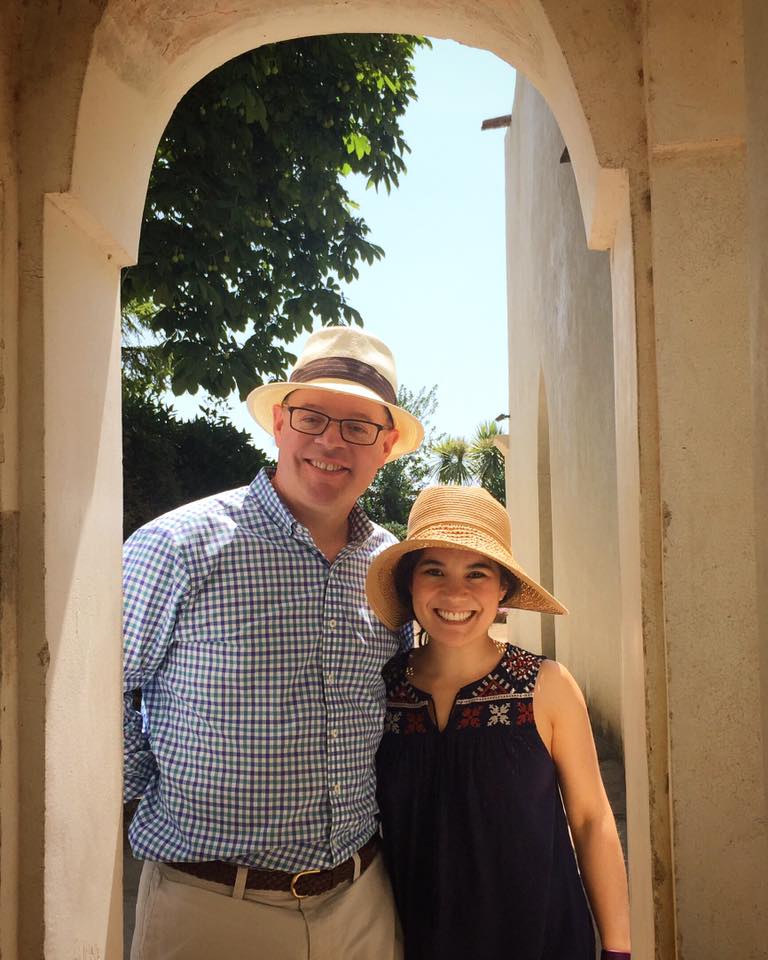 What was great was kayaking.  I’m one of those people who likes to get my 6 days of exercise per week, whether that’s swimming, climbing or pilates (used to be solely running and biking, but well, that injury will heal eventually – I need to break my 1:33 half marathon time!).  Kayaking is hard work!  I was in the kayak with my mom to our halfway point and my dad on the way back.  I still have a tan line on my thighs where my shorts were.  Aw well, I did put a ton of sunscreen on.  And it’s definitely necessary to wear a hat!  We got to swim in the water too. 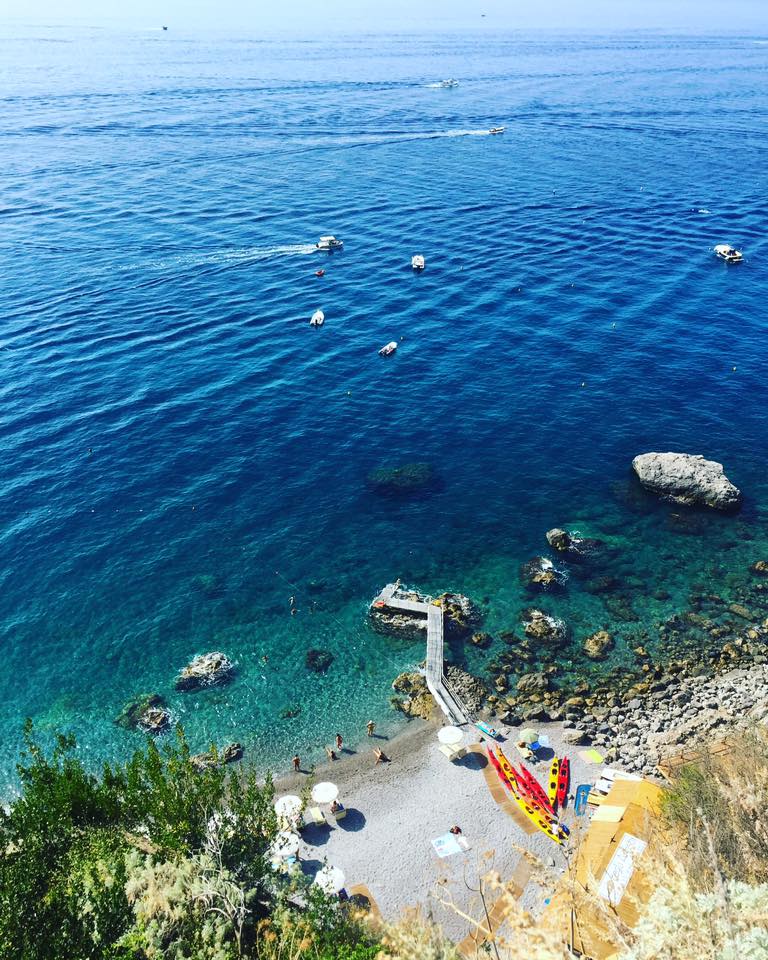 That day Air France messaged me and they told me they found my luggage (that was day 4).  Originally, we didn’t know if it was lost or stolen though they had told me it was in Paris at the counter.  I finally got my suitcase the morning of the 6th day.  It smelt terribly like a warehouse.  I imagine it was just sitting in some back airport room in Paris and never got loaded on the plane.

We also visited Pompeii – super cool!  Soooooo hooooot and a ton of tourists, but it was great to journey thru the history – my fav though is still Rome when Annie and I visited after we graduated high school.  That city is like walking in a history book.  After that we went to the Royal Palace of Caserta. Not worth it though (and such a drive!).  Sorry mom and dad for me adding that to the list but Star Wars was filmed there so I thought it’d be cool. 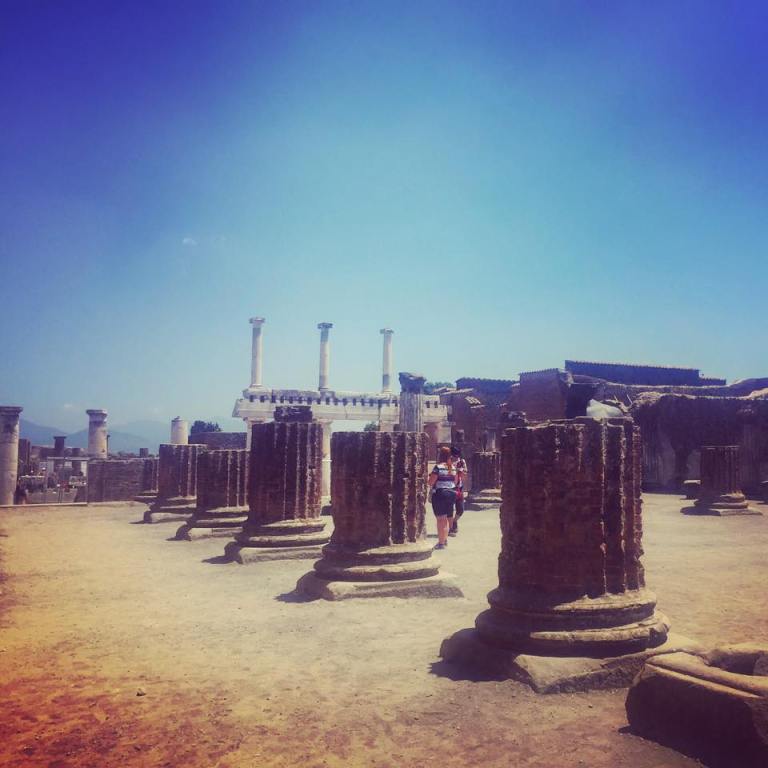 The next day we just had a chill, relax by the pool day (oh and got to go to the roof).  I totally need to do that more often (when presented the opportunity) – relax with a book in hand, have a cocktail, leisurely swim, oh and have a spa massage – heavenly. 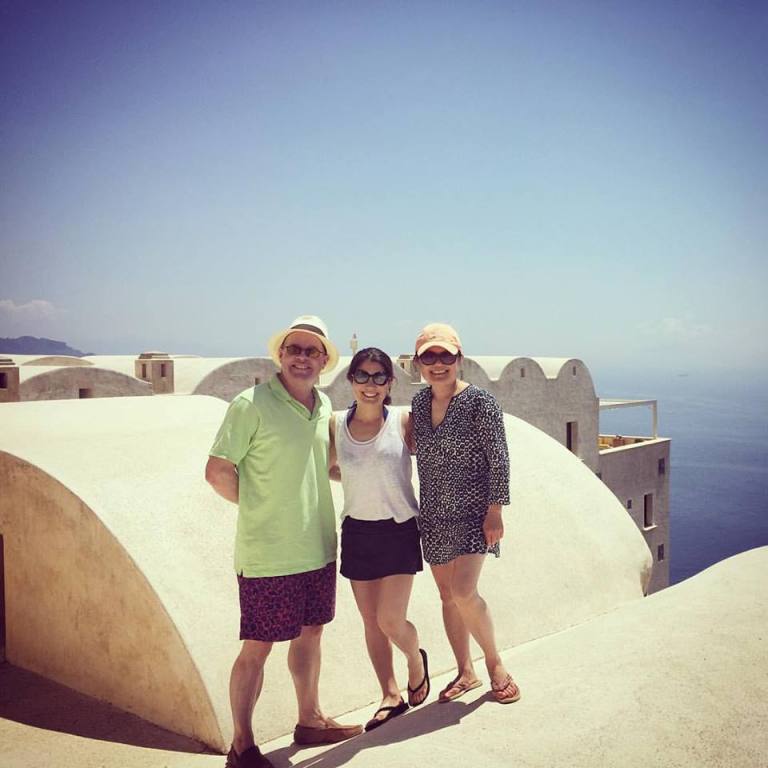 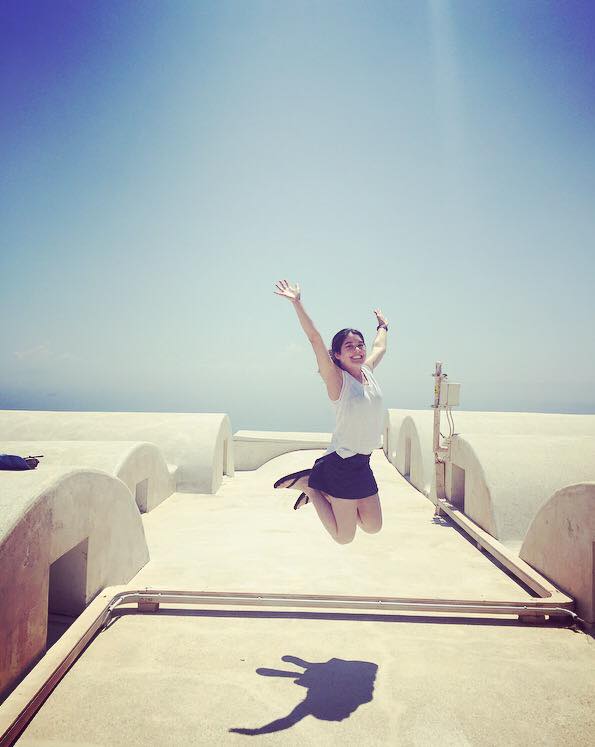 I would go back.  Maybe not for a while, but Amalfi Coast is definitely worth visiting.  I have too many places on my list first – Santorini, New Zealand, Iceland (2017 yeahhhh), Japan and Korea, various places in the USA, and more.  The list seriously keeps on growing.