It’s 12:34 am right now and I’m trying to get warm (my toes that is). I’m in a sleeping bag rated 0 degrees on Rongé Island (named for Madame de Rongé who sponsored the Belgian Antarctic Expedition which took place from 1897-1899) along with 54 passengers and 4 One Ocean staff. It still looks like daylight right now and after a fun night of digging our grave and hanging out, we finally made it to our bags. The scene is beautiful as always.

So what does a camping experience in Antarctica entail other than sleeping on the driest, windiest and coldest continent?

1. We zodiaced over to our camping area and they gave us a sleeping bag, a sleeping liner, a bivvy sack, and a sleeping pad. We took each of these, chose our spot, and dug a grave (helps prevent the wind). After we dug, we put our sleeping pad, bag and liner in the sack, and then placed it in the small indent of our grave. 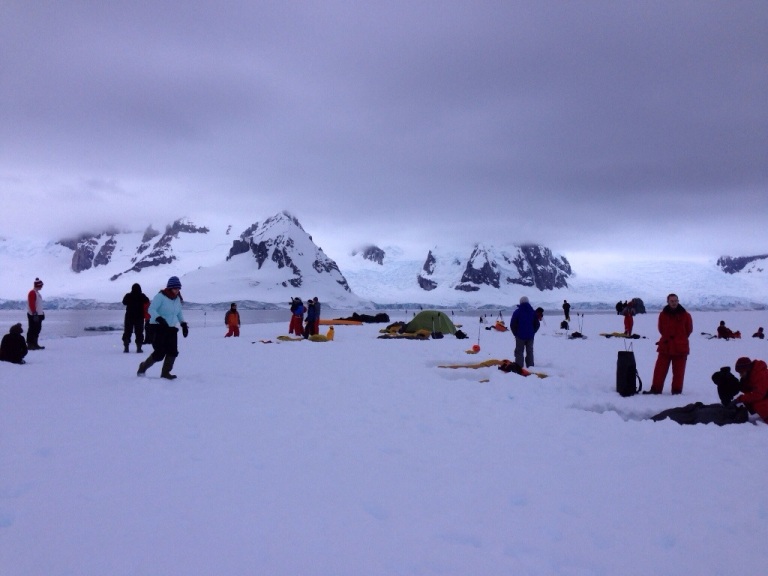 2. Mr. Yum Yum. No joke, they called it this. Basically, if you have to go in the middle of the night utilize Mr. Yum Yum which consisted of a large plastic barrel stuck in the snow lined with a trash bag, all covered by a small tent. Placing the kayak paddle in the snow meant it was occupied. The majority of us are now proud to say we went to the bathroom in Antarctica.

3. It’s absolutely gorgeous here. A lot of people chose to go to sleep right away but we decided to hang out, took out the alcohol and offered an offering to Shackleton (led by David). 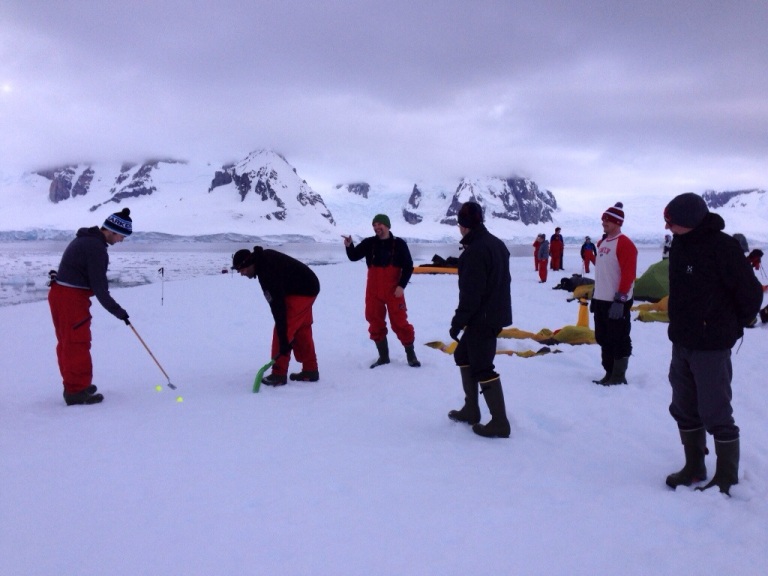 Who’s Shackleton? He led an Antarctic expedition, sailing in Nimrod. His party was the first to climb (took them 5 days) Ross Island’s Mt Erebus which is the world’s most southerly active volcano standing at 3,794 m. He reached his record south in 1909, 180 km from the Pole, but then ran out of provisions. Later, three of his men hiked 1,600 km to the South Pole, which is the first time it’s reached. He also published “Aurora Australis” the first and only book in Antarctica. Shackleton’s goal for his Endurance Expedition was to cross Antarctica. But in January 1915, the ship was crushed by ice and sank in November and he and his men lived on the ice for five months prior to sailing three small lifeboats to Elephant Island, located in the South Shetlands.

4. We even took some pictures of us holding the GWU towel they gave to us freshmen year – proud alumni. Hail to the buff and blue! 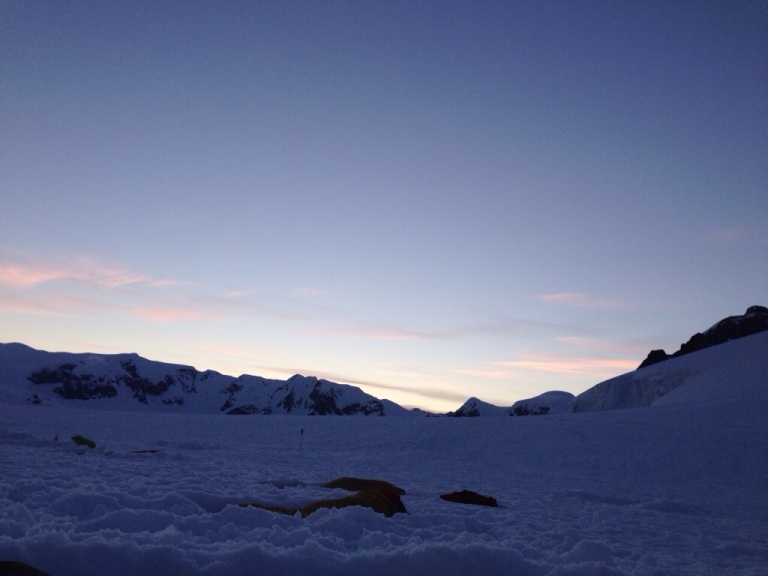 6. 7:53 am. This morning, I put my boots on and packed up my gear and I couldn’t feel my toes anymore. Jason’s dad saved me by putting already warm hand warmers on top of my boots in the Zodiac. I came back and 8 of my toes were white with no blood flow. Thankfully, the showers were free and my toes eventually came back to life.

All in all…totally worth it.

2 thoughts on “Camping Overnight in Antarctica”