We are the rockstar Mount St Helens (MSH) / Glacier National Park (GNP) travel buddies << we need a better team name!  Here’s a quick intro of us (the below bullets / descriptions of us was written by our amazing trip leader Weisen):

** when not traveling, sick, overscheduled with meetings, or just plain old lazy and can’t get out of bed at 5:45am.

And of course…we need a description of Weisen:

Our trip went with the theme of #valianteffortladies. Because we tried and tried.  And well, failed?  I think not.  Instead we phrased it as our “scouting” trip because we already have the dates picked for next year on when we’re going on this venture again.

So, want the full scoop? And awesome pics? Read on…

After working remotely Monday & Tuesday, Weisen, Jenn (who just flew in) and I left Seattle to drive to Mount St Helens. We got at our place at 9 pm just when they were closing (who shuts down at 9 pm?!)  The guy was like, “you ladies know what you’re doing? You should probably get crampons and a set of poles.” And yeah, I was that one without poles, whoops. So I bought a pair for $26. They looked nice, but they were actually a piece of crap and broke in the first hour I used them.

But that didn’t keep us from going. So we woke up the next morning, left at 6 am and got to the trailhead at 6:30 and started hiking. First to sign in…first on the mountain. #bringiton  We were planning to summit.  And oh, it was so pretty, ya know, snowing and all. 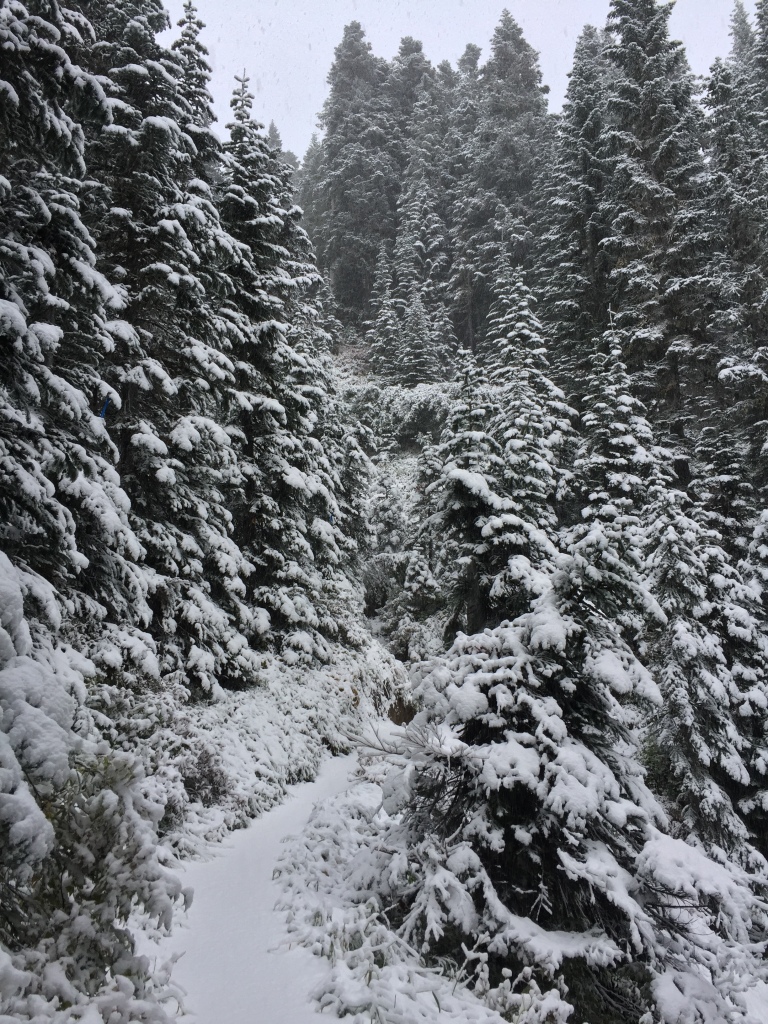 But…wait for it. The snow kept coming, and the higher elevation we gained, the worse it got. “What if we get stuck up here?” I thought to myself. We made the decision… “can’t see two markers ahead and we’ll then turn back.” It got worse…and we were like, yeah probably should turn back.

We went down and halfway in, we ran into some serious mountaineers but they were even questioning whether they were going to make it, and 2 dudes who had no gear, no water nor food.  “YOUU guys should turn back,” I said sorta jokingly but in all seriousness at the same time.  Wondered when they turned back.  Anyway, our new phrase that day, “Valiant effort ladies!”  We then had veggie soup and grilled cheese. And watched movies the entire night 🙂

Thursday morning headed back to Seattle, and it rained and was cold. But we gladly feasted on oysters, and visited the REI flagship store ❤ for a couple hours. Then while dropping off our car and going to the train station, well let’s just say we almost missed our train. But, we made it. Train ride for 14 hours to Montana…definitely need to do that in the day sometime.

Glacier National Park where we met Steph!  Amazing next few days where we drove, hiked, saw bears, cooked dinners, feasted on “hungry skillets,” watched Harry Potter and planned to repeat this trip all over again. It was super windy but that didn’t stop us from getting some hiking in, though it wasn’t serious climbing. 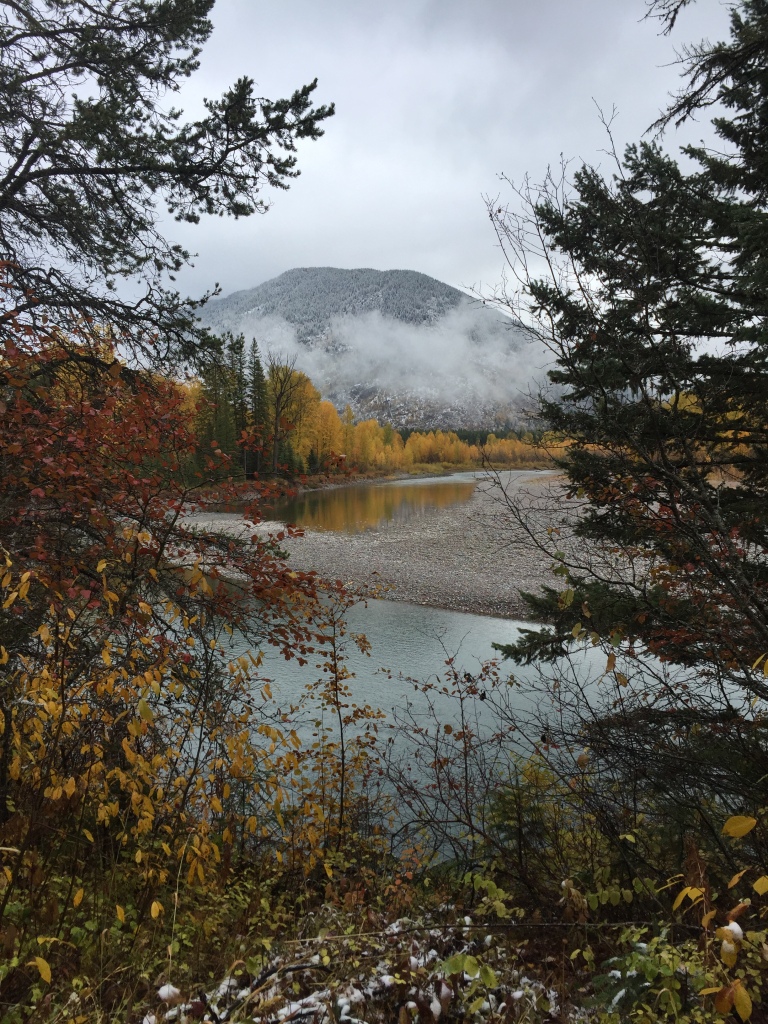 We tried to avoid the bears, singing lots and carrying bear spray. And yes, they were there…thankfully we saw a bear and her cub when we were in the car but we had literally just hiked the trail near where they currently were. Yikes.

A lot of stuff was closed, but it was absolutely amazing to see places that would normally be filled with tourists. And it was gorgeous! It reminded me a bit of Patagonia.

The last day, Steph and Jenn had to jet to the airport, but Weisen and I hiked one final path at Apgar…it snowed of course 😛