A few months after I started at Box, Robin told me about the LuluLemon ½ Marathon in Vancouver and that I should sign up. I went to the home page and it was sold out. Bummer. He went and said it was the time of his life…best half marathon he’s ever ran before. I was determined to go the next year. So I set a reminder of when to sign up and Robin, Indy and I signed up that hour. It was sold out a couple hours after the sign up went live.

Robin, Barbara, Adam and I had the same flight from SFO to Vancouver and jetted over there on a Thursday night.

The next day we went to the “store” and picked up our number and packet. I met Rachel, their friend who is the VP of Brand at LuluLemon. She gave us a great tour of LuluLemon (their HQ is in Vancouver).

We were in heaven.

Then we headed to the LuluLemon store that had just opened up. It was incredible. I regret not buying more stuff because they had gear there that you could only get there and not in the US.  We even saw a LuluLemon Tesla that day.

That night we went over to the CEO’s house – it’s a floating house! – for dinner. Laurent is super cool! He’s so chill, while still very business-oriented…I definitely see him as a great CEO for the company. We met his two kids, and in addition to Robin, Barbara, Adam and I, Rachel was there with her two kids and also another family. We had chicken nuggets and mac & cheese. Soooo good. Yum. We talked surfing, travel, and just overall had a good time.

The next morning was our race. It was Barbara’s first half marathon! She did amazing!!! She even ended up in one of the race photos!  Robin, Indy and I ran too. I did a lot better than expected after coming off of an injury for a few months – I had only 8 weeks to train after having not run for months. My time was 1:36:48 with a pace of 7:24/mile.

Morning of the race:

Laurent asked me my time and when I told him he exclaimed, “Wow! It was the mac & cheese!” haha

That night was the Sunset Festival. There was music, food, and all around a good time. We took a few “instagram” photos as well. #yogarunparty 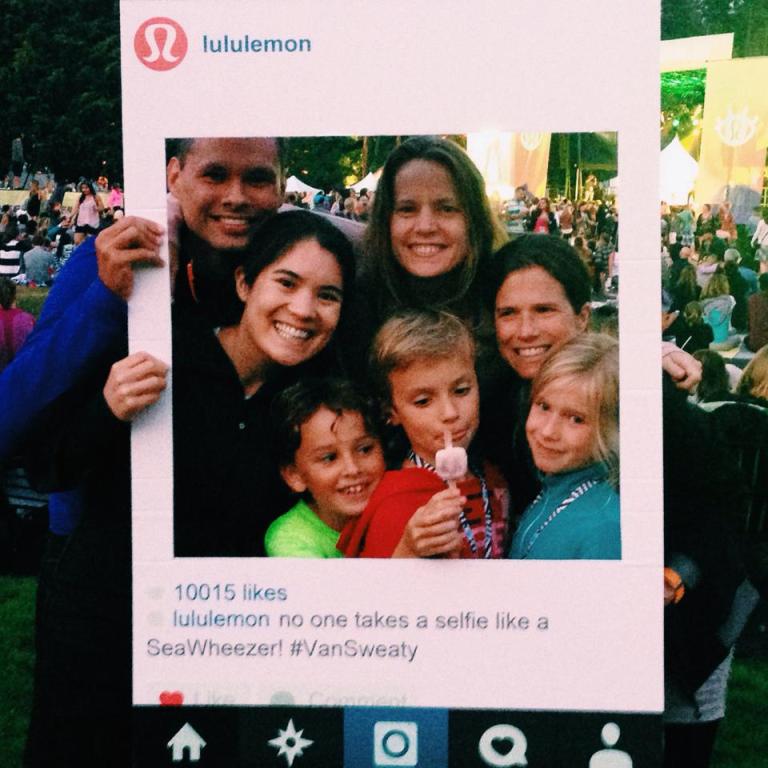 Vancouver is a beautiful city. Next year (already registered, woo hoo!), I would love to go back and explore more!